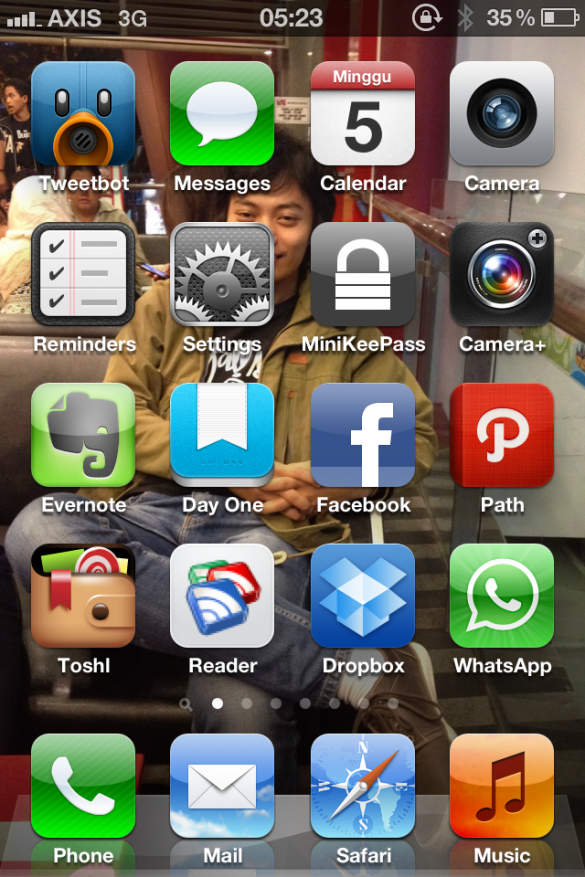 Homescreen is generally the first thing you see after you unlock the phone. Thus, I think it reflects the app you use the most. I personally order the apps I installed according to their usage. Here is my Homescreen as in August 2012:

That’s my Homescreen. How’s yours? I’d love to know your homescreen apps 😀