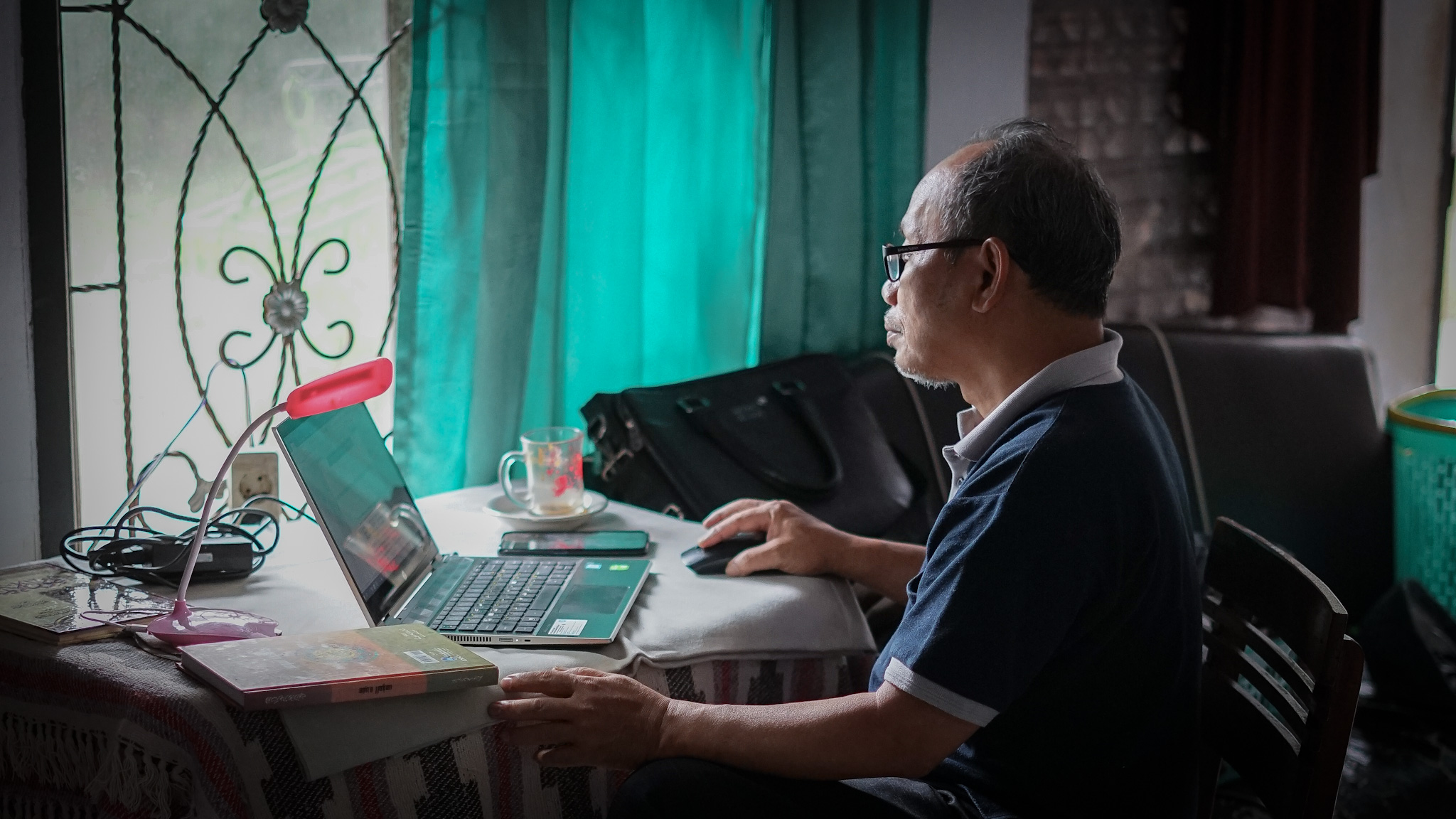 My father passed away last weekend. I’ve been trying my best to make sense of this situation but i don’t think I’ve been doing a good job on doing so. The last time someone close to me passed a way was years ago. In a sense i’ve been lucky not to experience these much, but now i don’t really know how to navigate this situation.

We don’t have the best relationship, me and my dad – especially these past ten years. Despite how good he may seem in the eye of public, we as his inner family knows him closer and his mistakes he committed. It was rough years. Fortunately we’ve come to term to speak again to one another but some wounds heal longer than the other.

Then, in the most unpredictable timing possible, he passed a way. Away from us, while doing a father’s job to drop my sister to the city he’s living in, in the ICU bed with my mom by his side. Dying process wise, i thought it was a graceful way to die. It was quick, while being a father and doing a father task, and by his wife, my mom, on his side forgiving each other’s mistake.

The moment I got the news, I was stunned. My wife cries her eyes out but i was stunned. Not a single tears. I think my brain automatically entered problem solving mode because there were lots of things to be done following up a person’s death in my culture. I called my sisters and discussed what to do next with several uncles & aunties.

I was calm until i made a phone call to my father’s brother and broke the news to him. His voice sounded like my father. He cried. That was the time my tears fell down uncontrollably for the first time. I’ve been cried randomly ever since, mostly when i’m alone or when a certain thing triggered my emotion. Beyond that, i found one thing that touches me the most is when I notice so many people allocate their time to help our family to organize all the burial process. My father wasn’t a perfect person; None is. That being said, everyone vouched on how good he was. There are so many person, pandemic aside, who voluntarily come to his burial. It is really hard for me to process that my father matters this much for this much of people. Maybe i’m just too close to see the bigger picture.

My father was born in a small village in south east part of West Java. His father, my grandfather, passed away when he was young. That didn’t stop him from continuing his education degree: He passed away as a professor with doctoral degree in a known public university.

Although he reached some of the peak of what academic institution can offer, to me, the most interesting part of him happened outside his day-job realm. He was great with tools, the literal DIY man. He built our own house. He made furniture. He fixed his own house. He sewn his own clothes. In fact he sewn so much clothes for his own use up to the point my mom once got sick of how many clothes he had sewn.

We never talked about this but i realize that we had different life philosophy. I’m more of like my mom: if we don’t have what we need, we’ll go out and get it. My father seem to have a more humble philosophy: make use of what’s already available as best as possible. I used to think how uncool this approach was. Later I figured that this approach to some degree is more sustainable and gentle. You don’t trash thing and replace it immediately. Try to fix things first. Try to reuse things first. He never said these things. He did these things.

Above all else, i think his top qualities is his patience. His academic achievement looks fantastic: cum laude in doctoral degree seems fancy but i never impressed by that. His DIY skills were also looks amazing. I respected it but i don’t think it is his best attributes. His patience, to me, is his definitive quality. There were situations where if i’m in his shoes, i’ll rage and completely loose myself. He wasn’t. He was calm and patience. At worst, he’ll keep his silence. His silence was double edge sword tho. I don’t know if this is generational thing or is this just his trait but he never discuss or talk about things that burdened him. He kept it to himself and we only know once things are too big to be handled. I sometimes wonder would things be different if he were more open to his children.

I realize some things once i turn into a parent myself. The one that blows my mind is the one that all of us learned in junior high school: You pass your traits to your children. I never think of this seriously but as my first son grows, I realize he has so many traits i have. He in fact experiences the same problem and shows the same talent as i do. This brought me to rethink of how i and my parents are connected. I have traits of my father and my mother. However some of my father’s lineage traits are obviously being passed down on me. Our chops on writing, our fluency in language, the tone of voice, the excitement of the process of creation, and so much more. There was even a time when i cracked jokes and i feel like i really sound like my father. This stopped me a bit. I know he was a man of talents but i know the mistakes he made as well. My wish is i do better than him, and i learn what’s his mistakes were so i can avoid it.

I think all parents wish that their kids to do better than them. As a child and a parent, I also wish the same.

I’m not sure if these words can sum up what I think lately, but what i want to say this past week is farewell, father.

Until we meet again.